Top System is a system of drives with surface propellers of variable trim and direction. 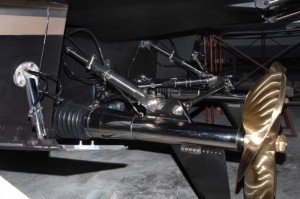 The Top System Surface Drive is suitable to planing motor boats of high performances with a range of features so far out of reach, which goes from 300 up to 4000 hp.

Suitable also to the maxi and mega yachts, which want to obtain high performances with contained costs and weights.

The whole Top system drive system is totally composed of stainless steel AISI 316 and it is divided into three main parts:

Top System Joint, core of the drive, is produced through a particular universal joint system protected by an international patent which, besides making possible a bigger trim angle, has the function to support the torsion of the whole equipment.

In the main competitive systems of Top System, which use a spherical joint system, this function is made by a trim cylinder. In this case, all the torsions originated by the movement of the internal shaft inside the drive and by the related movement of the propeller are transmitted on the joint system.

This event can produced breakages just to the joint due to the high torque values which the motors, above all the common rail, supply at low speed.
This problem has been taken on and solved by Top System on boats which used to install competitive products and on which damages of the drive joint have been verified after few minutes of function at cruise speed.

Top System has arranged, in short times and without producing significant changes, for modifying the existing drives with their own custom made groups. During the realized tests and the fulfilled measures throughout the cruise, in several points of the propellant equipment and at various speeds, it has been possible to find the total lack of any torsion on the drive and on any component.

This is a relevant data because it represents the practical demonstration of the real innovation produced by Top System and by its universal joint system with ring, which is synonymous of reliability. 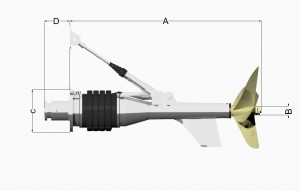 Another important feature of Top System is to permit a maintenance of the plane capacity at lower speed than the competing systems, just thanks to the possibility to have a bigger trim angle of the drive allowed by the joint system and by the trim electronic control system C.E.D, a Top System exclusive, which permits to optimize the trim of flap and drives, according to the speed and the cruise conditions, in order to obtain the highest performance.

These relevant results have opened the way for an effective cooperation between Top System and many important shipyards of the nautical international overview, which during the years have equipped their production with Top System drives. 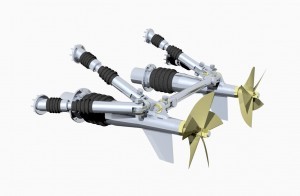 Top System experience, besides curating the development of the propelling equipment for boats of high-medium range, has increased its already wide experience with the know–how coming from the agonistic applications, developing an only trimmable configuration of the drive, called TT, which allows to save weight due to the lack of the steering gear cylinders.

At the summit of Top System range there is the TS 150, the largest surface propellers drive system of the world in terms of motors up to 4000 Hp. A system feature is the total lack of external pipes of trim and steering gear cylinders. All the hydraulic passages, in fact, go inside the cylinders arriving directly into the hull, through watertight passages protected by rubber sleeves similar to the ones of the main joint. 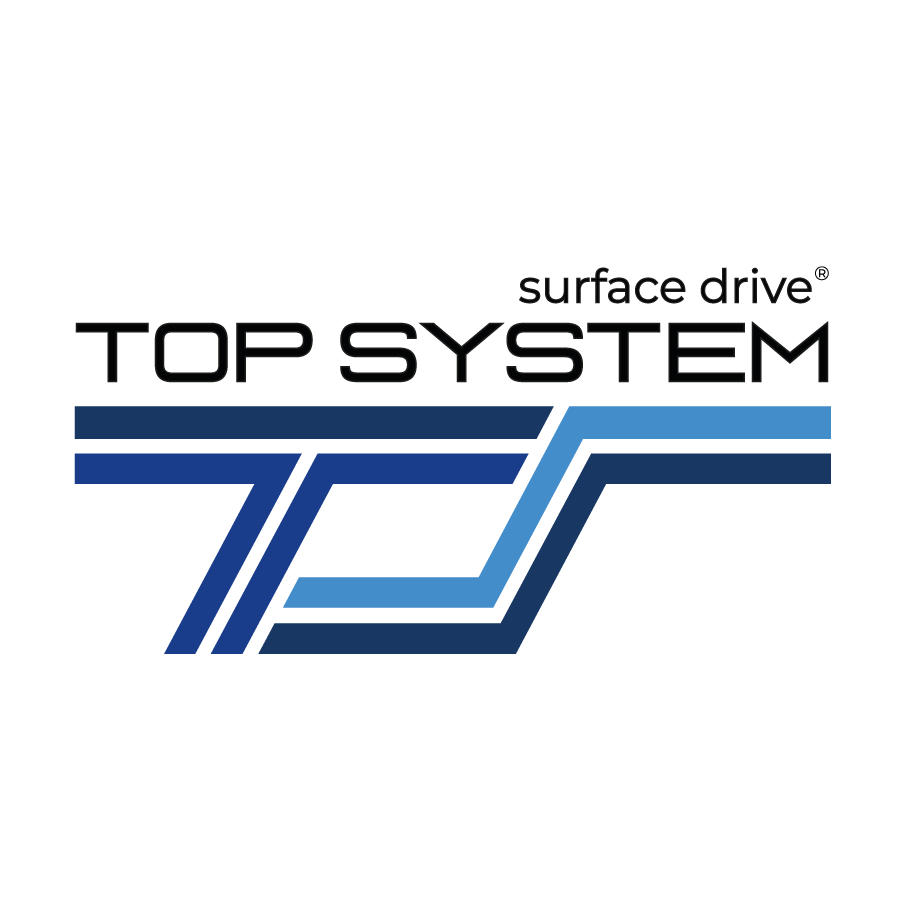